We love to hear the stories and see pictures of our customers' cars.  In this post, we have a great one!!  Some of our most popular posts have revolved around special color Mustangs, so this one should not disappoint.  Great looking (and unique) car, Peter!  Thanks so much for sending the pictures and your story! 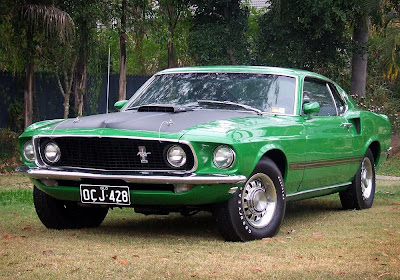 
My Mach 1 was imported too Australia back in 1989 from California, were it had been brought from the original owner (who still lives in Covina, California two blocks from the Original Ford dealer) for the total of $1,400 u.s. It has been sitting awaiting some form of restoration for over some 12 years, where the importer had finally decided he wasn't going to do anything with the car. In February 2001 I was notified of the up coming sale of the Mach 1 and was lucky enough to be offered first option, prior to it being advertised and I'm now the proud owner of a 1969 Mach1 428 Cobra jet. 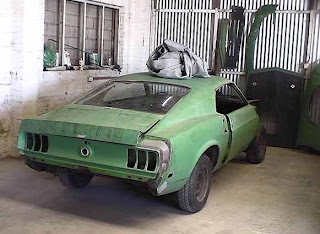 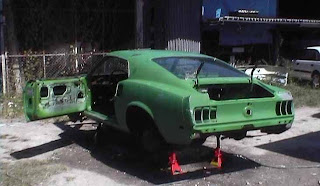 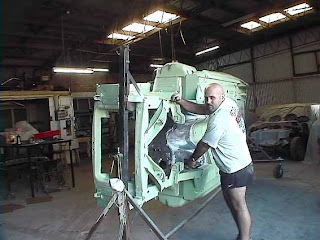 The car was in need of a full restoration, I decided that I was going to do this one up right. I wanted to preserve a piece of American Motoring history.

All major components were still in place, Motor box and differential....I was fortunate to have the number matching block which has the partial Vin stamped into the pad behind the drivers side of the block.

Back in December 2002 I had finally arranged for the restoration to begin in Ernest, my best friend a fully qualified Panel beater and spray painter is over seeing all my work. I'm trying to do all the work myself within reason. I'll be doing all the dirty work and leaving the main panel / paint to the pro's. I have restored it over the past 7 yrs this 1969 Mach 1 R code, done to my best ability to a concourse level every nut bolt and part has been removed and restored or replaced either with NOS or quality reproduction parts.

Some history behind the color:

Mustang sales promotion that ran between 1968 and 1969 on the west coast called the Rainbow of Colors which allowed new Mustang owners to order a car in one of 13 special factory colors which represented the colors in the rainbow. All Rainbow of Colors promotional Mustangs were special order built in the San Jose plant, and to this date we have only found one's ordered in the Los Angeles and San Jose areas although they are rumored to be also ordered in a northern district. The special color information from a Ditzler 1969 Supplemental Bulletin indicates 13 colors for the 1969 Special Mustang Rainbow Colors. 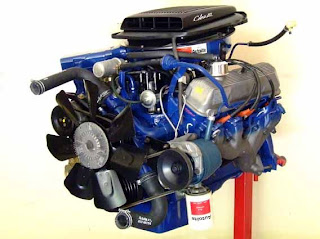 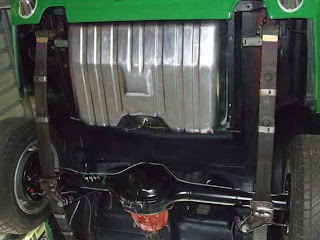 Sold New by Russ Davis Ford, Covina California. It was part of the "Rainbow of Colors" promotion Ford dealers on the west coast were running at the time. You could go into your local dealer and have your mustang painted with a selection of specially ordered colors which represented the rainbow primary colors. 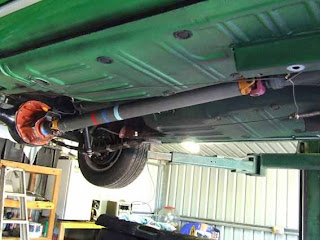 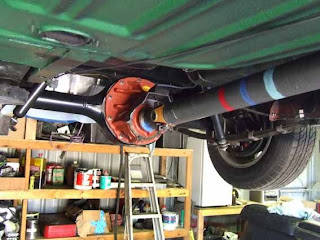 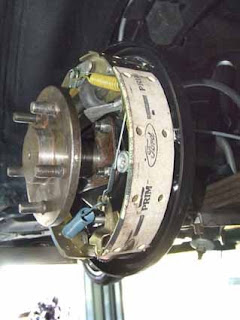 This promotion was first released in 1968 and was a big event for Ford, By 1969 it wasn't as well publicized and very little literature is available in fact I have not found any for 1969 a few examples are available for 1968. 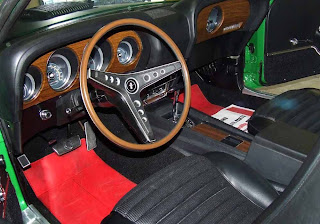 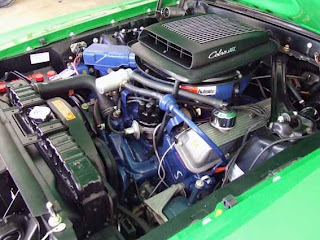 This is why the car is a special order paint code, WT 7034 Green. (poppy green) was found on the original build sheet in the REMARKS column, found under the drivers seat spring. 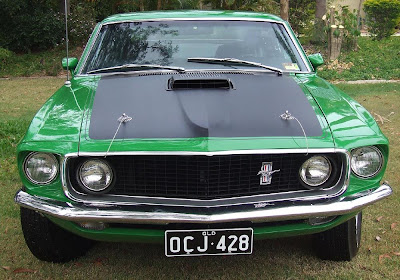 That is one sweet mean green machine!