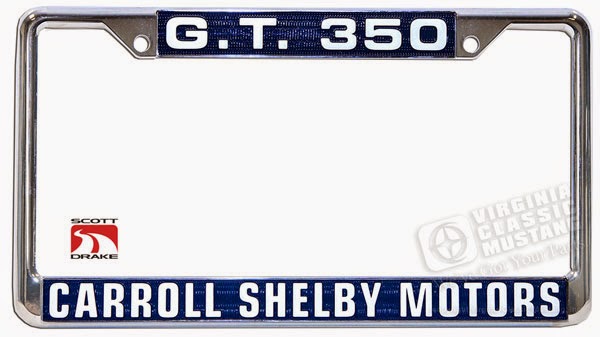 We just received these beautiful license plate frames and have them in stock for purchase.  They are high quality pressure zinc die cast frames with very nice chrome plating.  They are available in both GT 350 and GT 500 configurations - both with Carroll Shelby Motors lettering as pictured. 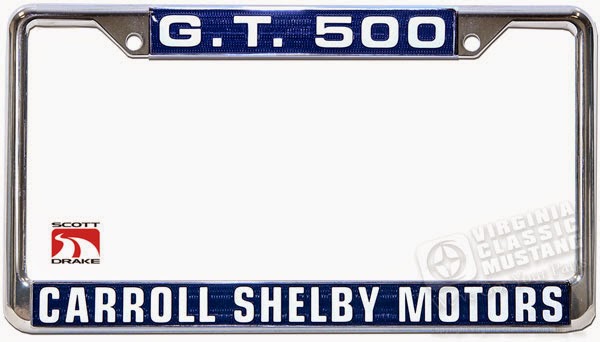 
Check out our last Blog Post about '66 Shelby # 6S933.  The restoration is being performed by Jeremy Turner at Maple Hill Restoration.  This Shelby is super nice, straight, and complete, so the restoration will be a bit easier than others.

Today, we will look at some component restoration.  As mentioned, everything is nice as you can see in the pictures.  The unique Shelby Export Brace, shock tower caps (with washers), Monte Carlo bar, outer shock tower covers, fan shroud, sway bar, traction bars and brackets, rear leaf springs, etc. were prepped and cleaned for refinishing.

The fan shroud is original and still has its original rubber pad.  Fan shrouds were originally intstalled on all Mustangs with air conditioning or 289 High Performance engines.

The front sway bar is a special one inch unit that was installed by Shelby American.  It was originally painted black.

The Shelby parts were cleaned to reveal their original paint, then glassbeaded, cleaned, epoxy primed, and refinished.

Cleaning reveals the original yellow and green markings.  They are stripes in this case.  Sometimes "botches" are used.

Here are a few of the parts after refinishing.


Shopping early for Christmas or want to just buy a cool keepsake for yourself?  Check out this great new DVD set - Mustang The First 50 Years.

This is a Ford-Licensed DVD set covering the introduction of the Mustang in 1964 up to the new 2015 Mustang debut at the Detroit Auto show along with all the models in between.  Lots of interviews and archival footage.  Features on automotive legends Lee Iacocca, Carroll Shelby, and Jack Roush.  Interviews with Gale Halderman (designer of the original Mustang), authors Robert Fria, John Clor, Matt Stone, and Henry Ford III.  Also covered are the Mustang's impact on pop culture, restomods, restorations, profiles on enthusiasts from around the country, plus vintage TV spots and print ads from the Ford Archive.

This is a must-have for any Mustang enthusiast. 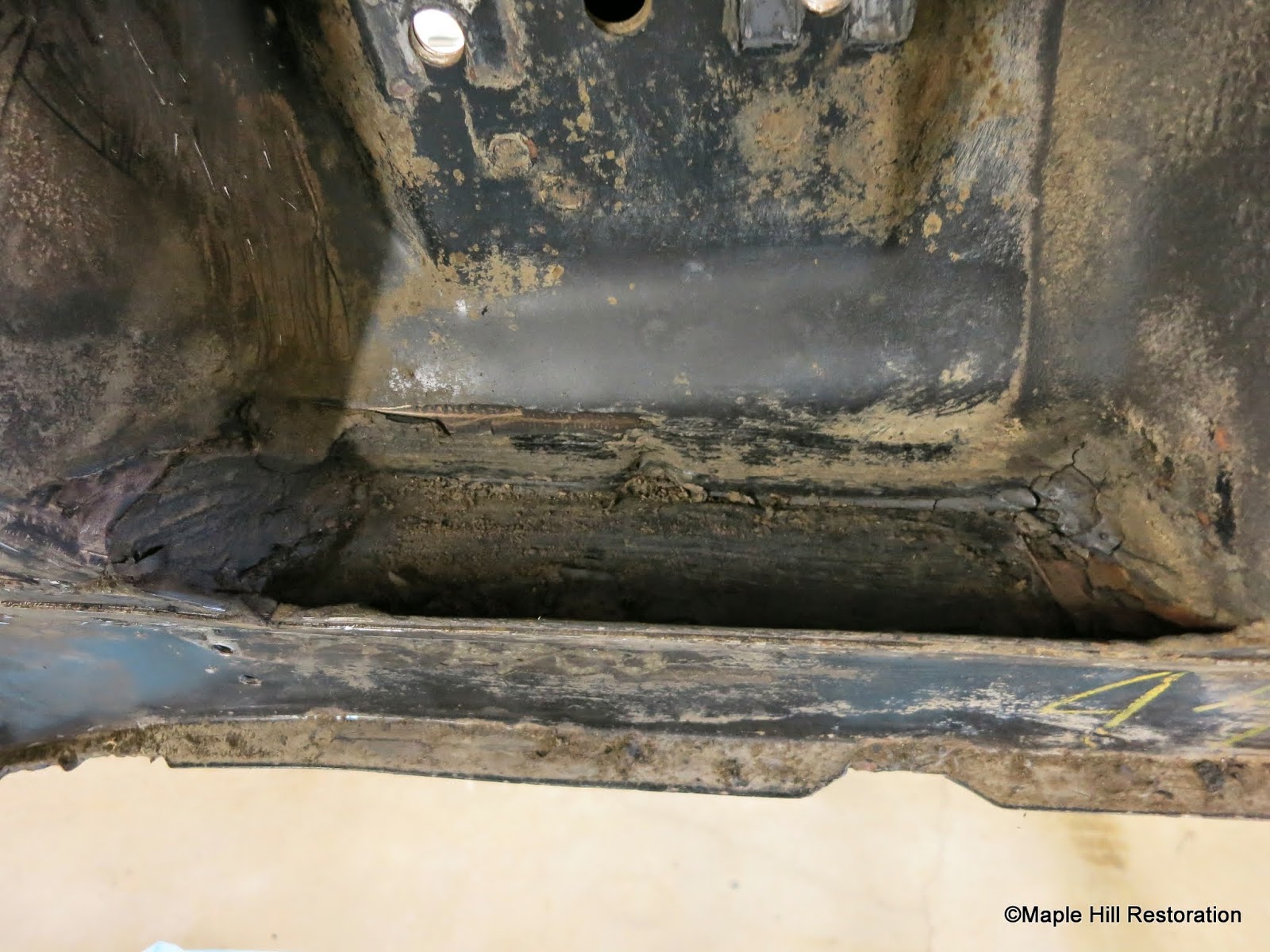 We now have the transfer tube the runs from bowl to bowl on the center pivot Holley Carburetor. This carb. is Holley List # 3259 and was originally installed on the 1965, 1966, and 1967 Shelby GT350 Mustangs.

Mustang Pictures from Cruise In


There were quite a few Mustangs at the local cruise in at the Harrisonburg (VA) First Church of the Nazarene on Friday evening, Sept. 5, 2014.  This is one of the largest cruise ins in the area.

Links to this post
Email ThisBlogThis!Share to TwitterShare to FacebookShare to Pinterest
Labels: Cruise In, Mustang Show


Here's another unique part that is now available for the 1966 Shelby Mustang equipped with the 715 Holley Carburetor.  A brass adaptor fitting was used where the fuel filter mounts on these cars.

This fitting is machined in brass and made exactly like the original.  It is available as Virginia Classic Mustang part number ER-3361.  Click here for more details or to order.

Our "clean up" of our 1966 Shelby Mustang GT350 "barn find" project is wrapping up.  The front end sheet metal is back in place.  The original interior and carpet has been re-installed.  An original style H-Pipe has been fabricated to mate with the old 1980's NOS Ford exhaust system that was just taking up space.  We thought this car would be a perfect home for this system.

The Shelby will go to our "old school" alignment guy this week to get everything adjusted properly on the suspension.  Then the "shake down" will occur...hopefully with no major issues.  We can't wait to get this car back on the road again!

Stay tuned for the next update!