We attended the annual Redskins Rides Car Show at Redskins Park in Ashburn, VA that was held this past Saturday. The Rotary Club of Bailey's Crossroads, VA had their '66 Mustang Convertible on display. Raffle tickets are being sold to give away this beautiful car on September 25th.

There are lots of parts from Virginia Classic Mustang on this particular car, and it was great to see it completed!

Click on the link below to get your ticket:
http://www.bxrrotary.org/Raffle2016.html

After Heart Transplant, Teenager given 1965 Mustang

Credit:  The Kansas City Star.
Click on link to see video:  http://www.kansascity.com/latest-news/article98345632.html
Heart transplant recipient Ayden Ethridge, 15, of Fredonia, Kan., came to Children's Mercy Hospital on Saturday, August 27, 2016, expecting to visit with other heart patients. But his mother, Jill Gillett, surprised him with her 1965 "barn find" Ford Mustang that had been mechanically restored. She had promised the car to the teen when he was undergoing treatment earlier in the year. Keith Myers The Kansas City Star
BY HUNTER WOODALL
hwoodall@kcstar.com

Ayden Ethridge knew the Ford Mustang was in bad shape. That didn’t make him want it any less.
He had planned on saving money and restoring the rusted and aging car his family owned. The problem was that he’s only 15 years old. And a life saving heart transplant earlier this year left him a little behind on his driver education.
The teenager woke up early Saturday morning and came to Children’s Mercy Hospital where doctors saved his life earlier this year. He thought he was only coming to meet some familiar faces, the folks who’d helped him when was sick. But when Ayden walked out the hospital doors, he saw was that same Mustang, new and restored.
“The best gift,” Ayden said as he sat in his car for the first time.
And then he got out, and gave his mother, Jill Gillett, a tearful hug.
Back in February, Ayden came to Children’s Mercy because of heart failure. While he was sick, his mother said that 1965 Mustang the family owned wold be his one day. It needed some tender loving care, and likely some new brakes. She promised him the car, not knowing if he’d ever get to drive it. But just after Valentine’s Day, the kid from Fredonia, Kansas, became the hospital’s fifth heart transplant patient.
“You’ve got a new heart in the same body for your car,” Gillett said. “(It’s the) same as you.”
The car has new brakes, a new suspension and a new interior, thanks to Ayden’s family and Scott Hoag, the CEO of Mustang Racing Technology.
“We decided that the theme for today would be to keep it in its farm fresh glory,” Hoag said of his company’s restoration work on the car. “This is the car that Ayden has in his mind.”
In between the feeling of shock and hugs with the medical staff and his family, Ayden said already knew the first place he wanted to take the car.
“To school,” he said.
Hunter Woodall: 785-354-1388, @HunterMw
Read more here: http://www.kansascity.com/latest-news/article98345632.html#storylink=cpy

Over the years, we have had tons of requests for this one! The rubber drain hose for the quarter vents on '65 and '67-68 Mustang fastbacks is now available.

This hose is often cracked or simply missing. It's unique in that the top attaching end flares out to fit over the drain in the car. The bottom end fits into a hole in the rocker panel in order to drain to the outside.

These hoses were on all '65 Mustang fastbacks except for the very late production models. They were not used in 1966, but reappeared on the 1967 and 1968 fastbacks.

This is so cool!!! How about a full size scale model of a 1964½ Mustang built entirely out of LEGOS®?

LEGO Master Model Builders are currently building this model at their headquarters in Connecticut. It will be displayed at several stops around the country before making its final stop at its home at LEGOLAND® Florida Resort.

The model's nickname is the #BrickPony and it will makes its public debut September 1-4 at the 40th Anniversary Celebration for the Mustang Club of America at Indianapolis Motor Speedway.

We invite you to read more at these two LEGO® links:

Install a Bigger Gas Tank in your Classic Mustang!


If you have a '65-68 Mustang, it originally came equipped with a 16 gallon gas tank. It's super easy to increase that capacity by 6 gallons by installing a 1970 22 gallon gas tank. No modifications are needed. You just need the gas tank, a '70 Fuel Sending Unit, and one of the special filler necks listed in this post.

We have special fuel filler necks specifically bent for this conversion. Click on the links listed below: 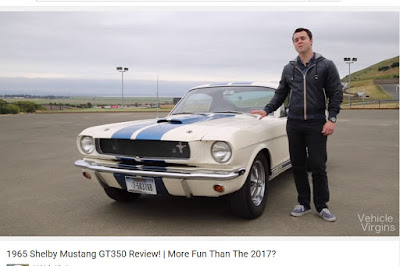 Check out this cool video of a test drive of a 1965 Shelby GT350 Mustang! Click here or see below. 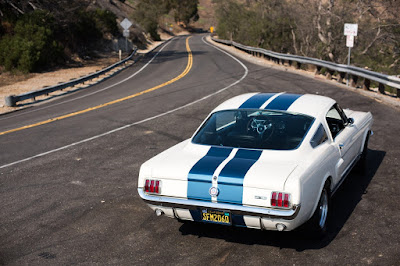 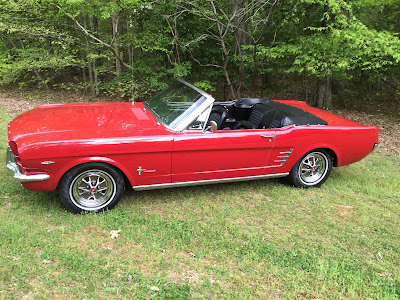 You need not be present to win.
Winner to be notified by telephone. Winner responsible for tax, tags, titling, and delivery.
Void where prohibited by law.
The Virginia Charitable Gaming Rules and Regulations shall be the controlling factor for all raffle activity
undertaken by the Rotary Club of Bailey's Crossroads, VA
$25 per ticket or $100 for 5 tickets.
DOWNLOAD MAIL ORDER FORM HERE
or Click here to order online.

We now have steering wheels for your 1964 1/2 Mustang. These are used on Mustangs equipped with generators. They are different than the '65-66 wheels on alternator equipped cars.

They are available in Black, White, Blue, Red, and Palomino.

Here is the link to the part: