﻿﻿ ﻿﻿ This is not a new part, but it is one of our and may customers' favorites.  Our Part Number is EG-328.  These chrome valve covers are super nice reproductions of the original valve covers that came on all of the 65-66 289 High Performance / HiPo Mustangs.  These valve covers were also available as an over the counter part from your Ford dealer and included in a Ford Engine Dress Up Kit.

We also have the painted versions of these same valve covers:

We posted some vintage photos of our next restoration project, the early '66 GT350 Shelby, last week.

One of the interesting things in two of the images that you may have noticed was the original Black and Yellow California license plates.  In California, the plate that was registered to the car stayed with the car, as opposed to most states where the plates are changed when the owners changed.


Anyway, this is any interesting bit of history for any older model car.  Unfortunately, those original California plates on the Shelby are long gone, but there is a company that makes reproductions of most any license plate.  The reproduction license plates are for display only, of course, and we think they are quite nice.  We even obtained some reproduction California 1966 and 1967 License Plate Stickers to match those in the original photo from a vendor on EBay.  We also obtained a reproduction of an original Dana Chevrolet license plate frame that was on the Shelby in those September of 1967 pictures.  If you are wondering about the Dana Chevrolet License Plate Frame, read our original Blog post that gives a brief history of this early 1966 GT30.   A friend with a 1967 Corvette that was originally purchased at Dana Chevrolet reproduces these frames.

By the way, if anyone out there has an original Dana Chevrolet license plate frame, we would really be interested in purchasing it.

We ordered our reproduction Black and Yellow California License Tags from http://www.licenseplates.tv/ . 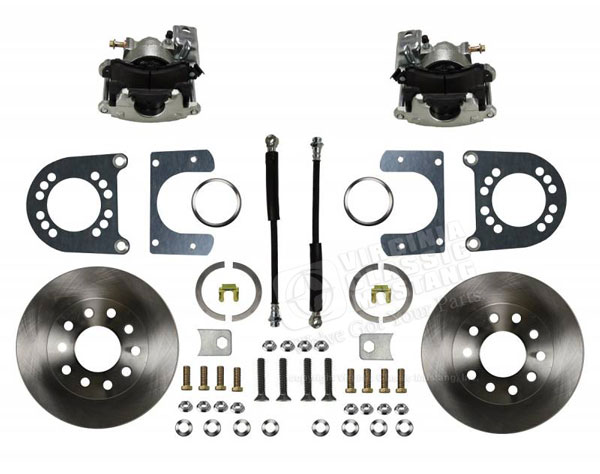 Here is the description for the 28 Spline Kit:

This kit includes all the parts and instructions you need to convert your rear drum brakes to disc brakes. Do it right the first time and don't waste time searching for mismatched and used parts.

•Stainless Steel Brake Corporation kit
•V-8's only
•8" and 9" with 28 spline rear end
•Minimum 14 x 6 wheels
•Emergency Brake is designed to operate with your stock cables that attach to levers on the calipers.

Also don't forget about our super popular Front Drum to Disc Brake Conversion Kits for 65-73 Mustangs.  Click here to see them all.

Email ThisBlogThis!Share to TwitterShare to FacebookShare to Pinterest
Labels: Brakes 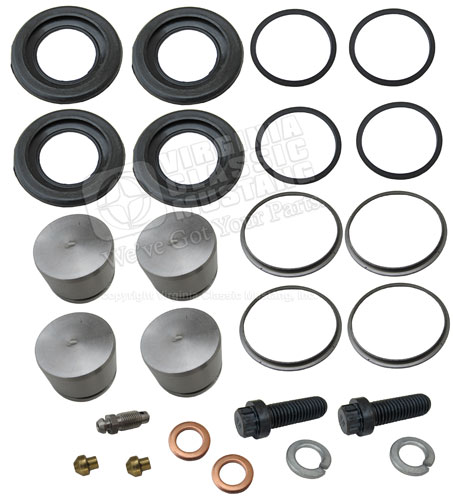 We have brand new 65-67 Front Disc Brake Calipers for Mustangs, but some of you may be interested in rebuilding your original calipers.  We have always had the pistons and rubber seals to rebuild calipers, but now we have a kit that will also save you money. 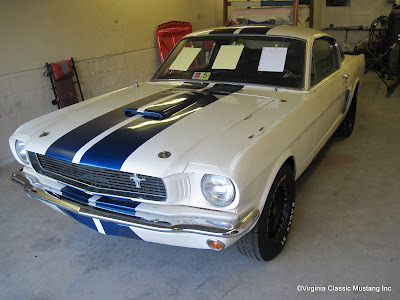 I mentioned in a previous post that our next restoration project that you will see featured here is a 1966 GT350 Shelby Mustang.

The earliest Mustangs are now almost 46 years old, so there is often a lot of history behind each individual car.  This is particularly true of most Shelby American products.

In September of 1966, this GT350 was sold as a demonstrator to Dana Chevrolet (yes, Chevrolet) in Southgate, CA.  In the summer of 1967, it was purchased by a 17 year old that would later move to Virginia with the car.  In the late seventies, it was purchased by the owner that I ended up buying the car from in 1999.  There are lots of stories that go in between all of this brief history, and I hope to cover those later.

I absolutely love vintage pictures of any interesting cars, so you can imagine my thrill when the first retail owner who still lives in the area walked into the shop a few weeks ago with these photos.  I've known this guy for a long time and have been in contact with him about the car but had not seen these pictures.

Anyway, enjoy the pictures.  These were taken soon after he purchased the car from Dana Chevrolet in September of 1967.  The tach was already replaced, the original shifter had been swapped for a Hurst unit, and the front bumper guards had been removed.  Those are the original California black and yellow license plates (with a Dana Chevrolet license plate frame on the rear) that were registered by Shelby American to the car in October of 1965.  The paper over the back plate is the new owner's temporary registration.  More later... 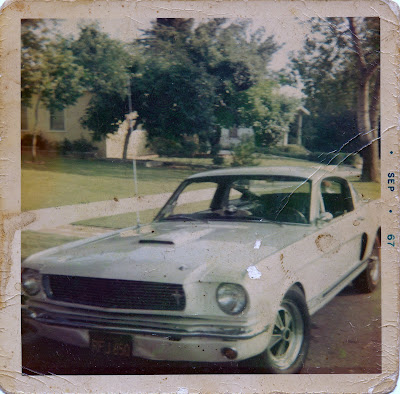 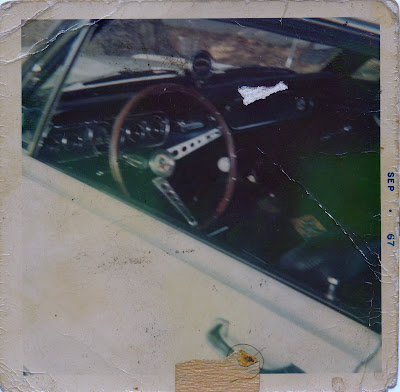 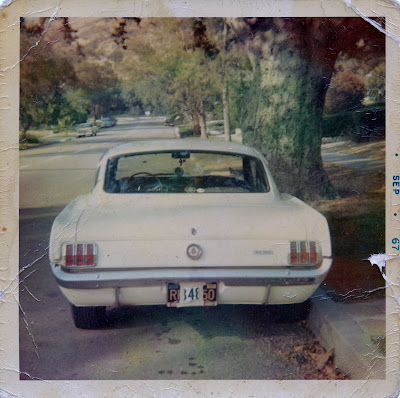 It was recently brought to our attention that there is a cheaper, imported Mustang Fuel Tank on the market.  We were aware of this, but we kind of forgot! 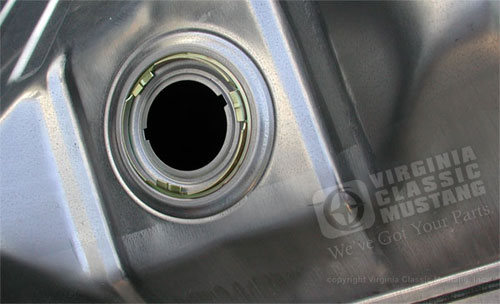 Lots of times we will offer at least two different versions of a particular part that is available on the market.  That way our customer can chose which one best meets their particular needs.

﻿
In the case of this Gas Tank for your Mustang, we don't think it is a good idea.

The only Gas Tank that we handle are the ones manufactured by Spectra Premium.  They are super nice Fuel Tanks and are made in Canada.  In this particular case, we just don't think that it is worth saving a few bucks on the cheaper tank.

These tanks are available for all of the early Mustangs.  We even have a correct tank without the drain plug for the 1970 Mustangs now.

We have a wide variety of colors of the Markal Paint Sticks to detail your Classic Mustang.  These markers can be used to replace the factory markings.  They are the same paint sticks used at the factory.

See them all by clicking here.

They are now available in all of the following colors:

New and Improved Yellow Top Coil for your Classic Mustang

﻿ ﻿ We have been very happy with the new Yellow Top Ignition Coils.  We are happy to announce that another improvement has been made.  The yellow color of the top of the coil has been improved and is now exactly like the original.

Keep in mind that these Yellow Top Coils fit a wide variety of Ford Products.  They were also installed on all of the 64 1/2-73 Mustangs with V8's and 6 Cylinder engines.

We had posted about the special Shelby Exhibit that will be held at the AACA Museum in Hershey, PA from February 11-April 24, 2011.

Here is the new brochure that they just created.

My buddy Dave Redman visited the week between Christmas and New Years.  He just sent me some pictures that he took of the HiPo Mustang Convertible.  He did such a nice job with the pictures, that I thought that I would share them. 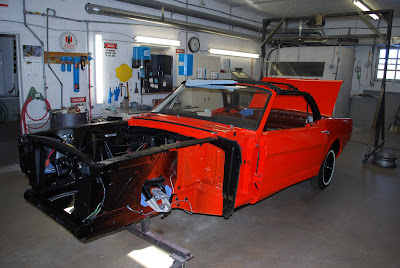 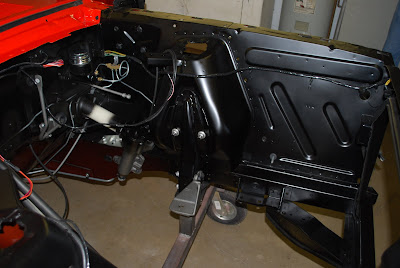 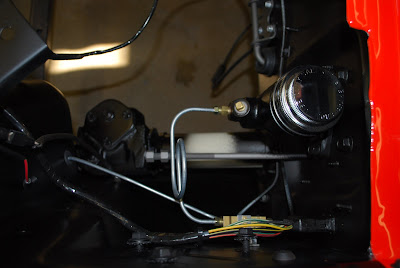 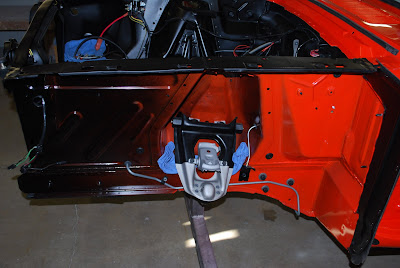 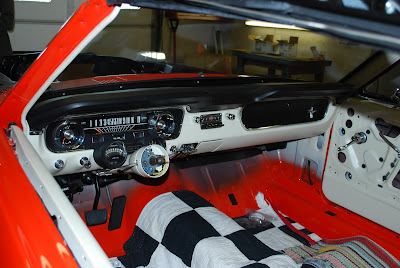 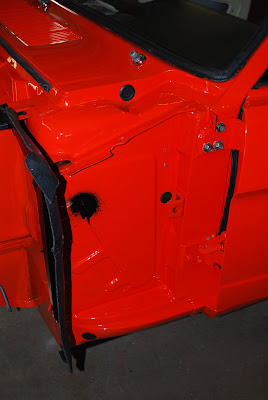 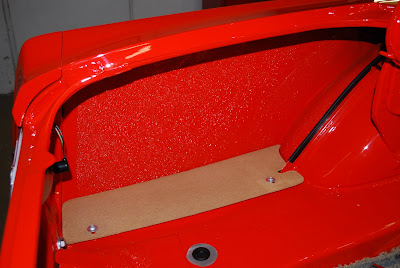 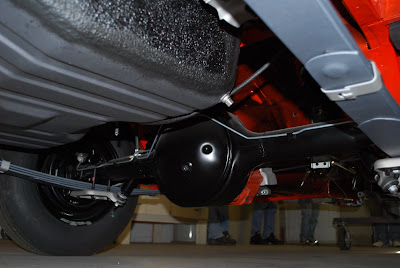 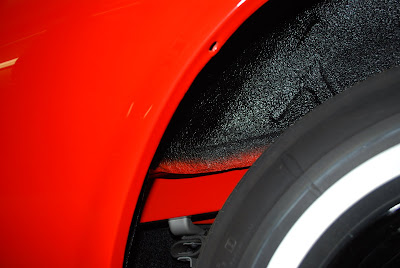 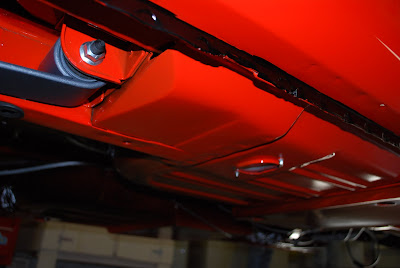 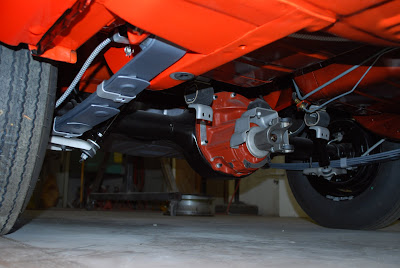 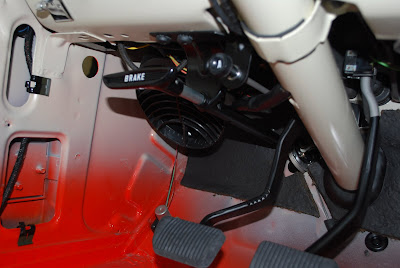 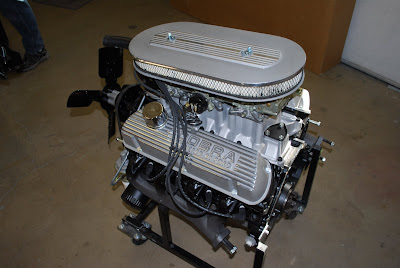 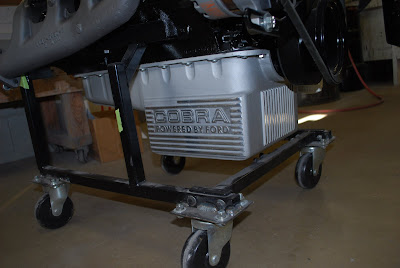 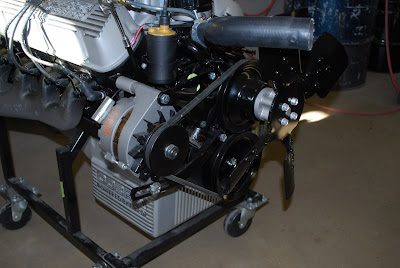 The HiPo Mustang Convertible is finally rolling on all four wheels and tires!  We have a few original nuts and bolts to gather up in order to completely finish the suspension, and then the engine and transmission should be ready to go in.