We want to thank Bill Mian for sending these images along with his great story about his 1967 GT350 Shelby. We hope you enjoy Bill's story as much as we do! 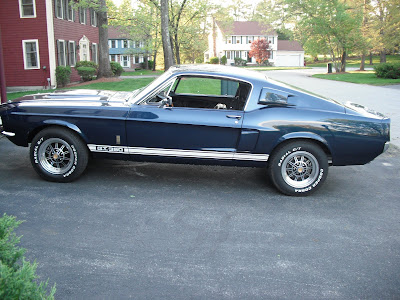 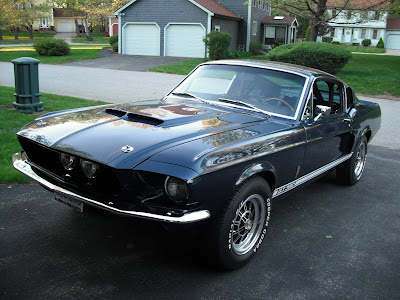 Around the age of 10 I began reading every car magazine I could get my hands on, traveled to car dealerships to learn more about the cars that interested me and soon I knew more than most salesmen. My first car in 1964 was an unrestored 1940 Ford Coupe that my cousin gave me! This car was in storage in Poughkepsie NY for about 15 years before he gave it to me. It needed a little body work but was otherwise in excellent condition with a full race flathead, I enjoyed every minute in that car! After I had the body work done and had it painted Ford Black Enamel I used to drive it every day and to car shows where it always took 1st & 2nd place trophy’s in its class!

However, I needed a reliable car to commute to college and the 40 Ford was not exactly reliable. The Mustang had become my favorite car and when the Shelby’s came out, I promised myself someday I would buy a used one. My Dad knew how much I was infatuated with the Mustangs, so he bought a used 1965 Mustang 6 cylinder 3 speed coupe! I was devastated, how could I drive a stick six! There really was no choice; either I accepted it or he said he’d return it! I kept it. I worked every summer and every school vacation during college saving every penny hoping I would be able to have enough money before I graduated college to buy a used 67 Shelby GT 350. I chose the GT350 because I knew it handled better than the GT500 due to the weight distribution and I decided on a 1967 because the 67’s retained the same wild cam and solid lifters as the 66’s plus the newly designed body on the 67’s I thought was gorgeous.

During the summer of 1968 I began my search which took me all over New England looking for a used 67 GT 350. I had calculated that by the end of the summer I’d have enough money saved plus the trade of my 65 Mustang to buy my dream car. By August I had not found one and every salesman I talked to told me “you’ll never find what you’re looking for.” My last stop was Robie Ford in Dorchester, MA. He had quite a few new leftover 68 Shelby’s, some used 68 Shelby’s and a few used 67 Shelby GT500’s. I was disappointed and began to walk away when a salesman approached me and asked if he could help me. I told him what I was looking for and he began to try to sell me one of the ones on his lot. I explained to him why I wanted a 67 GT 350 and he said, “you know I think I can help you.” I said, “what do you mean, you don’t have any 67’s here.” Not here but we have two at our warehouse down the street. He drove me to this dirty warehouse and there, were two BRAND NEW leftover 67 Shelby GT350’s! One was a Red 4 speed with the Magstar wheels and the other was a Nightmist Blue Automatic with 10 spokes! I was blown away but now I had another dilemma, I hated the Ford Red but I didn’t really want the Automatic even though I loved the color and the 10 spokes! Once he understood my dilemma he offered to sell me the Nightmist Blue car for the same price as the Red one which meant he wasn’t charging me for the Automatic or the 10 spokes. I knew from all my reading and research that the Automatic had been altered by Shelby and shifted faster than the 4 speed. So, I finally agreed to take it without even taking it for a test drive. My Dad and the salesman tried to convince me that for the same price I could have a new 68 Mustang GT 390, but I knew better! I bought that car and that is the car I enjoyed driving every day till the summer of 1976 when I took it off the road.

This Shelby GT350 is a very early (No 159) original one-owner vehicle with 88,519 miles original miles with almost all of the original parts! My goal was to take this valuable piece of Shelby muscle and “renew” it to impeccable standards while maintaining as much of its originality as possible.” I use the word “renew” because almost all of the original components were rebuilt, re-plated and/or refinished whenever possible.

· Stamped on the backside of the interior passenger door panel is the date, Nov 01, 1966

· During the restoration I made contact with SAAC’s 67 Registrar Dave Mathews and traveled to his home in Connecticut to visit him. To my surprise, he had documentation that showed my car was originally consigned to Downey Ford in Downey, CA on December 21, 1966 and when they didn’t sell it, Ford re-consigned it on February 14, 1967 to Robie Ford in Dorchester, MA which is where I ended up buying it!

· Last registration documenting on November 4, 1976 the title was transferred to me personally

348 Nightmist Blue with this trim combination

As of May 2009, according to the Shelby American Auto Club, this vehicle is only one of 2 original owner 1967 Nightmist Blue GT350 automatics in existence today!