There has been lots of interest in our 1965 Mustang HiPo Convertible project, so I'll try to post an update at least once a week while it is being worked on. 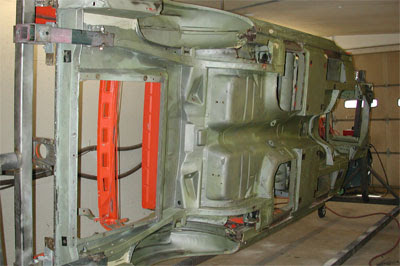 This photo shows the view after the "reinforcement pan," found only on convertibles has been removed. What you see here is the floor pan under the front seat riser pan. 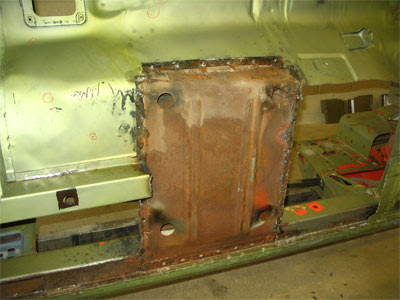 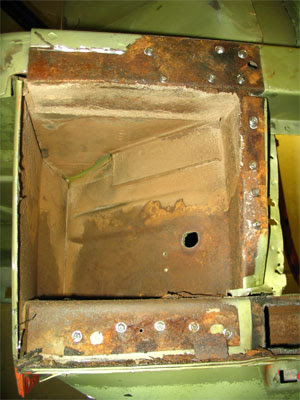 This image shows the convertible inner rocker panel rust. It is really not that bad. We will be able to leave the original rocker panels in place by repairing the rust. 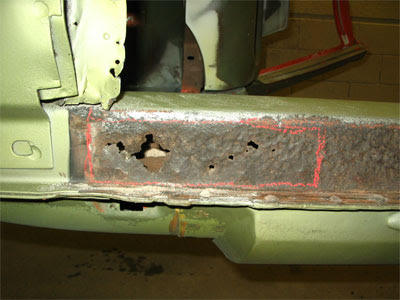 Here is the rusty area cut out and ready to clean and repair. 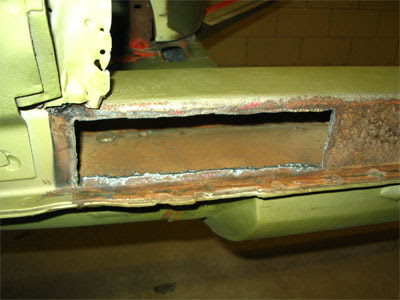 Below are some of the torque box repair images. 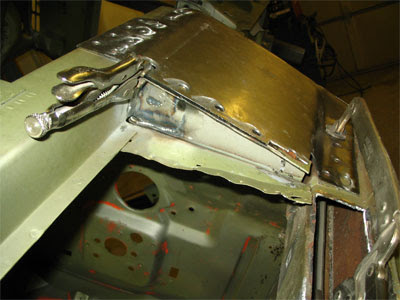 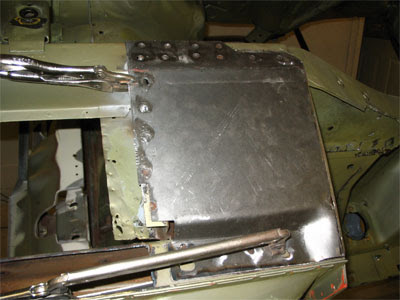 This shows the reinforcement pan and floor pan removed. You are looking at the bottom of the front seat riser pan. It is interesting to note that this area was never painted. It was just bare metal. 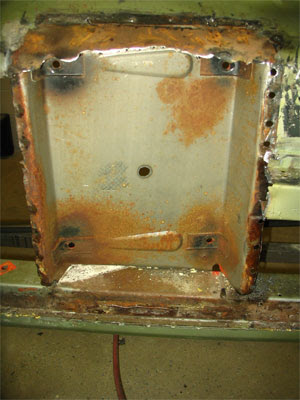 Here is the reinforcement pan that has been removed. This part was also originally bare metal inside. Both sides will be reused. 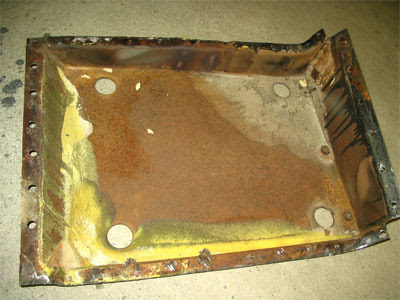 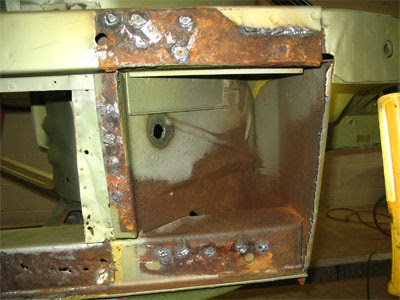 Without painted metal, I guess it's important to make sure to use the plugs then, huh!?!?