I posted Monday about one of the 1964 World's Fair Magic Skyway Mustangs. I just wanted to share some of the "detail" photos today. I did not get that many, but there are some interesting ones.


Here are three pictures showing some of the remnants of steel brackets welded to the car to attach it to the ride system: 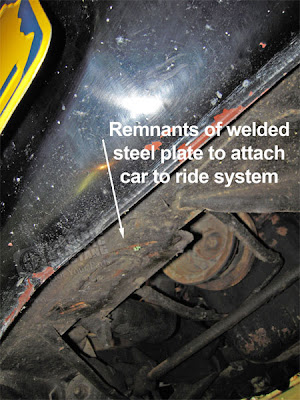 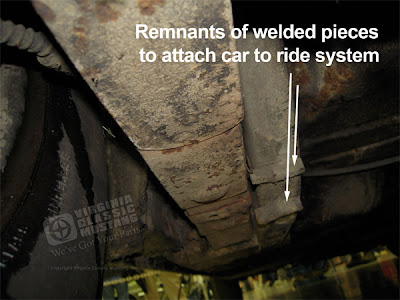 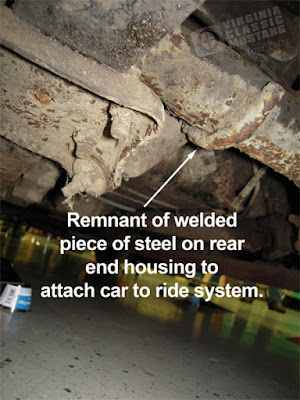 I will share one story that I read a while back about the development of the Magic Skyway. There was somewhat of a "battle" between the Ford engineers and the Disney folks as to how the ride system should be engineered and developed. The Disney design won out when the Ford ideas did not work.

The original trunk mat was still in the Mustang! 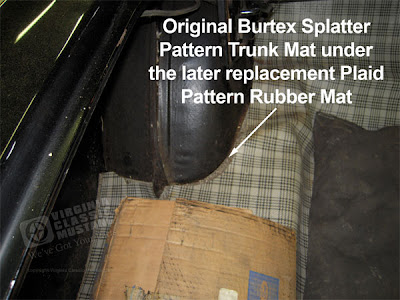 The original carpet was really interesting in that it was sewn to fit, rather than molded, like all Mustangs that I have ever seen. 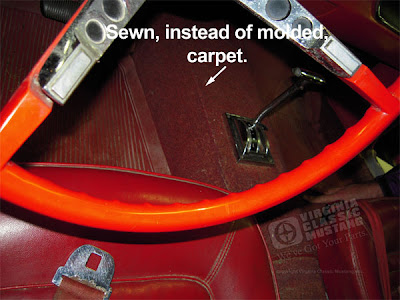 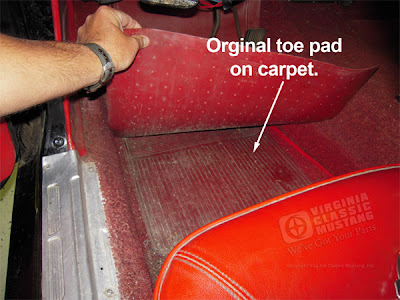 The "smooth" seams in the door jambs and trunk area may have been just for a "show car" treatment for the World's Fair cars or maybe it was done on many of the very early Mustangs. 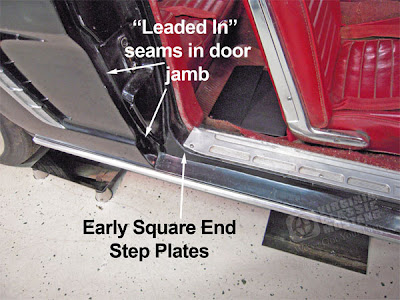 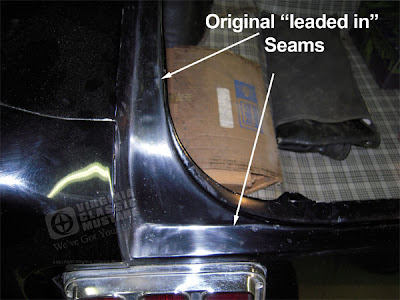 I've always been very interested in learning more about the history involving the 1964 World's Fair, and, of course, Ford's Magic Skyway, but there are only so many hours in the day...