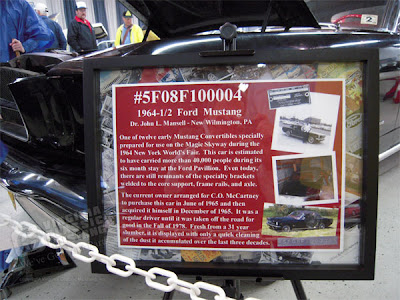 Friday, I visited the Ford Carlisle Event. It was raining, but there was a very interesting Mustang on display inside a building. I'll apologize for the images, because I just had a point and shoot camera since it was nasty and raining.
Anyway, the Ford Mustang made it's debut at the 1964 World's Fair in New York. There is a ton of information about this World's Fair, and I just know a little bit about it. I know more about the involvement of the Walt Disney Company. One of the attractions that Disney created was Ford's Magic Skyway. I could go on and on about the history and development of this pavilion, but I want to just share the general information and pictures of this particular Mustang.

The ride featured new Ford vehicles (including some Mustangs) on a "ride through" attraction. One of these Mustangs is pictured here. It is actually serial number 4! After I got home, I realized that I was so excited to see the details of this car that I did not actually get a photo of the entire outside of the car! 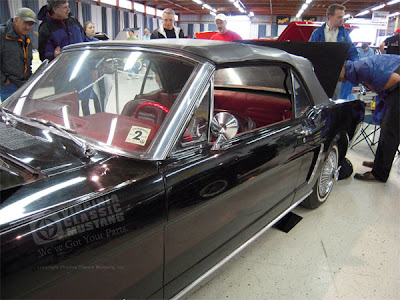 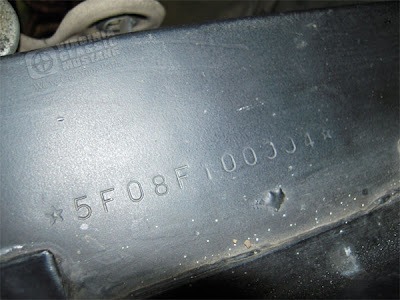 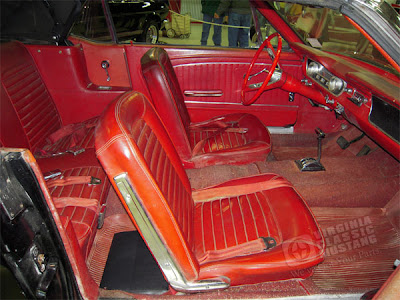 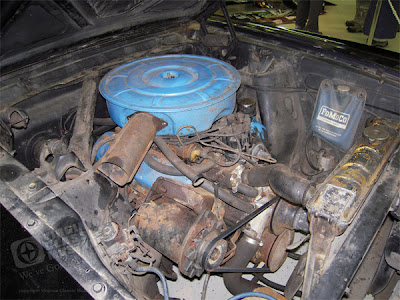 Here is a link to a great webpage containing over a hundred great quality pics of Ford at the '64 Worlds Fair. The whole '65 Ford line-up including some wild looking prototypes. http://home.hetnet.nl/~arjan_/

Thanks for the link. There are some very nice images there.

If anyone visits though, please be patient. Some of the pages loaded very slowly for me.