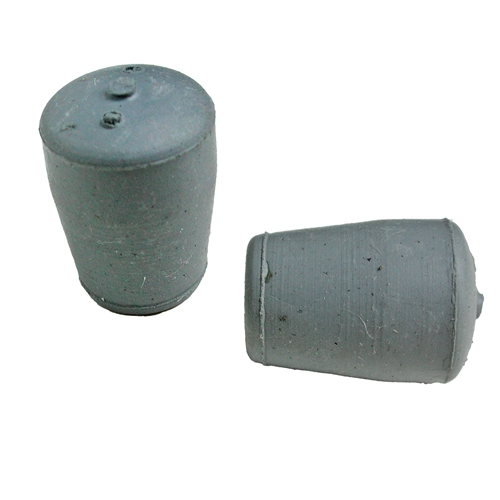 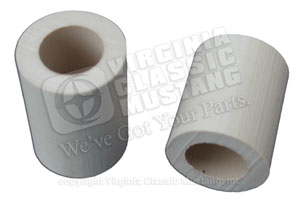 It is interesting to note that the 1964 1/2 Mustangs along with the 1965 Models (even the later production 1965 Mustangs) had a different sunvisor tip than the later models.

These 64 1/2-65 models had an "open ended" sunvisor tip. All of the other models had the common "closed ended" tip.
We have not had these early open ended versions for over 20 years, but we now have them in stock.