There are an absolute ton of differences between an early '64 1/2 Mustang and later production Mustangs (including tiny changes in between.) It's fun to learn about all of this stuff. I've been doing this for 30 years and learn something all of the time. 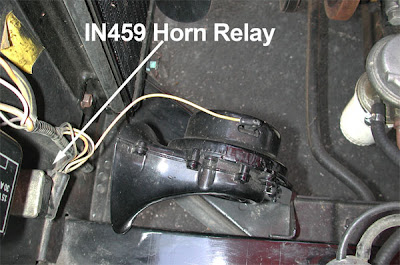 Now-back to the transition thing...our early '65 Mustang Convertible was scheduled to be produced August 10, 1964. This was not too long after the transition from generator to alternator equipped cars. This car had an alternator and the radiator support mounted horns. Since it was produced soon after the transition though, you will note in the picture that it has the strut/frame brace with the holes for early style horns. Just a neat little detail to note. 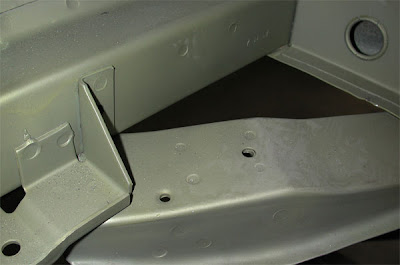