I attended the 45th Anniversary Mustang Show this past weekend at Barber Motorsports Park in Birmingham, AL.

Over the next few days or maybe weeks, I will be posting some pictures from the show. I'll just start with a weird one. There was a lot of talk about this particular car. I'm guessing it is because folks do not expect to see a rare car in this condition at a Mustang show. I absolutely love '65 and '66 GT350's, but I don't quite understand the fascination with this particular one. 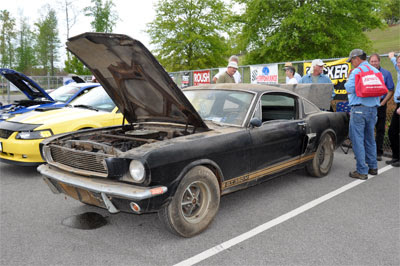 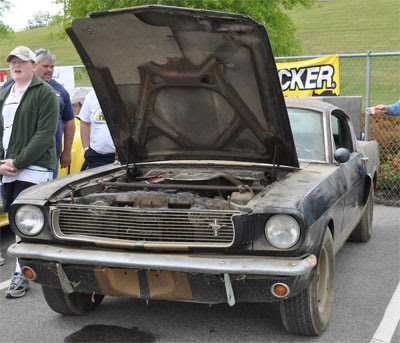 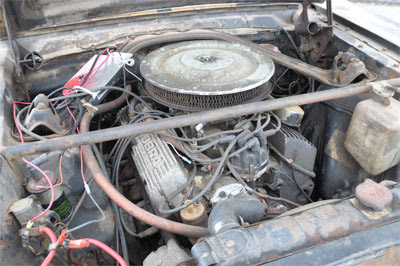 This is one of the '66 GT350's that were used by Hertz as rental cars. Most of them were black with gold stripes as pictured here. This one was still owned by the guy that purchased in 1967. His wife drove it until 1980 when it was parked. The car was parked because too many people bothered her about selling it. Anyway, the owner "dug it out" for the show to display it...dirt and all.