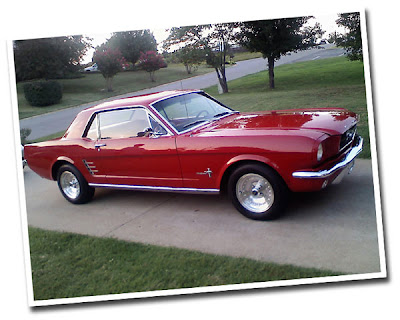 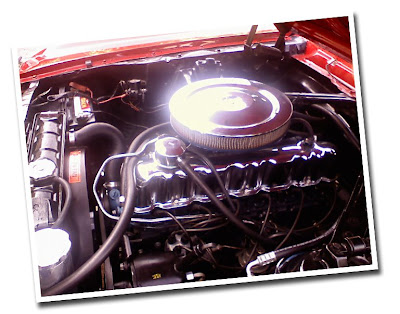 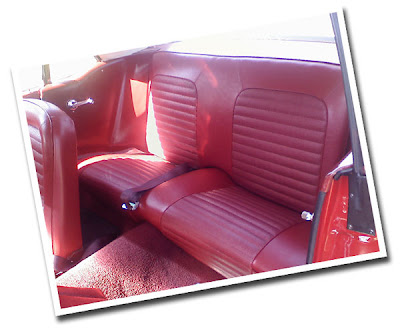 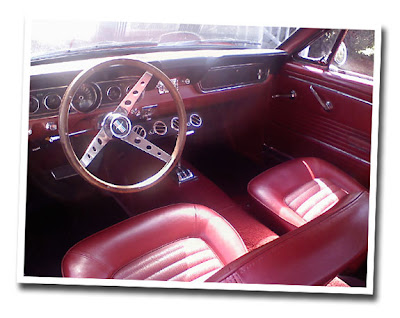 We want to thank Jimmy Stephens from Tennessee for sending us pictures and information about his nice Candy Apple Red 1966 Mustang Coupe.

Jimmy purchased this car just two months ago. It was last painted in 1998 and also has a restored interior. It was originally built in San Jose, CA in November of 1965. During the mid '90's the body and paint work was done along with the engine and transmission rebuild by an owner in Michigan. The last owners had the car for the last seven years performing minor improvements. The car has been used for car shows and cruise in's for the last seven years. It was the last owner's engagement present!

Some of the improvements include power steering and a "Daily Driver" Air Conditioning system along with chrome accessories in the engine compartment.

Jimmy sold his '06 Honda Civic and plans to use this '66 Mustang as his everyday, daily driver.

If you would like to see your Mustang featured on our Blog; please click here, and we will tell you how!