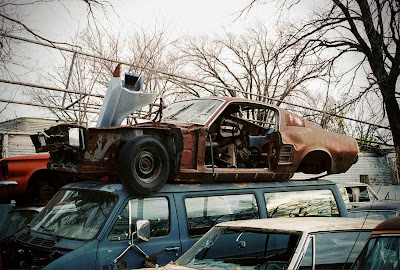 We love to see our customers' Mustangs and hear their stories. We have a great one here about a beautiful 1967 Mustang Fastback. Thank you, Ryan for sharing your story and the pictures! Your fastback is gorgeous.
Check out Ryan's story below:
My name is Ryan Miller and this is the condensed story of my restoration of a 1967 Mustang Fastback.
Around 1993 a friend of mine found the car in a south central Kansas rural pasture where the car had set for 15-20 years.  The engine was ruined so it was parked, then later used for target practice with rifles and shotguns.  The car had approximately 25 bullet holes with the windshield glass ruined by a shotgun.  At this time, 67 fastbacks were not nearly as desirable as today so he intended to use it as a parts car.  I bought it from him with the same intention of using some of the parts as it was rusted out in quite a few places due to water and leaves, etc. entering the car without the side windows and back glass.  He had taken parts off the car and so I had to gather up what was left, it was a true basket car.
Reproduction sheet metal was not available in the 90’s and I was going to college while the car sat at the back of my dad’s shed for almost 20 years as other projects progressed.
After my second tour in Afghanistan with the U.S Army, I realized that a lot of new sheet metal and other parts were now available.  I decided to try and restore the car in December 2012.  It was a daunting idea, but I found a U.S company that had just started making the full floor pan/frame assembly from the firewall back to the tail light panel.
I started with disassembling the car and then took it to a company that dipped the body in a non-acidic chemical tank to remove the rust and paint.  After that I started taking out and replacing the bad sheet metal – floor pans, rear quarters, lower cowl, tail light panel, fire wall and radiator support.  To do this I made a jig to put the car on and keep things stable while sheet metal panels were replaced.  I applied rust inhibitive primer in areas where I couldn’t before during the tear down such as inside the rocker panels.  The dipping process really cleaned the car inside and out of rust and paint.  After major panel removal, I refitting the doors, windshield, back glass, deck lid and hood to make sure everything was level and fit well.  Then took everything off and plug welded all the replacement panels.
At this time I had the final body work and paint done by the restoration shop I used to work at when I was going to school because I didn’t have a good place to paint the car.   They applied the Vintage Burgundy paint and helped me get the larger body panels and glass back on the car.
The 390 engine was balanced and rebuilt with aluminum heads and intake to reduce weight.  I went with the reproduction cobra jet exhaust manifolds mostly because headers can be a real pain to install and wanted less hassle at this point.
I rebuilt the A/C box adding a new condenser/evaporator with extra rows for cooling while still keeping the original box.  Electric steering assist kits (EPAS) to fit Mustangs had just come out so I added that to reduce hydraulic hose and pump issues – and add horse power.
I rebuilt the power disc brakes using new reproduction parts and changed the rear axle from a 3.5 open ratio to a limited slip.  Next I added a TKO with a trimmed top so that I could get a 5 speed overdrive manual transmission without cutting the transmission tunnel.  I did some upgrades on the suspension to make it handle better.
The car had originally come with styled steel wheels and it just happened that some excellent reproduction 15X7 cast aluminum styled steel wheels had come out.
I tried to maintain the original look, but upgraded/mildly modified where I could without cutting or chopping the car.  It was a 4 year process in my spare time and I ended up with about 2,900 man hours.  The majority of the parts came from Virginia Classic Mustang.  I really appreciated Robert and the staff who truly appreciate early Mustangs and know their parts.
Ryan Miller 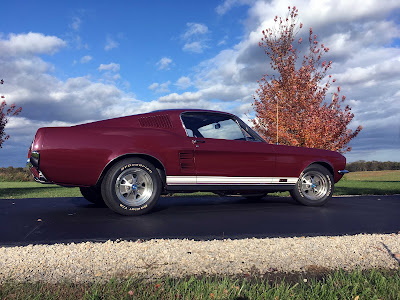 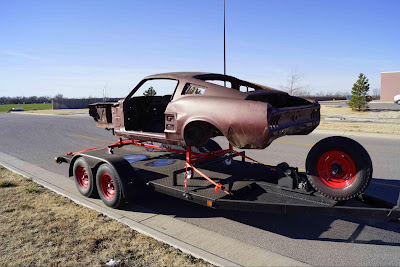 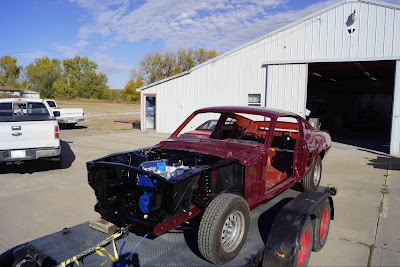 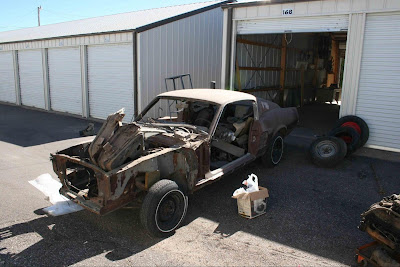 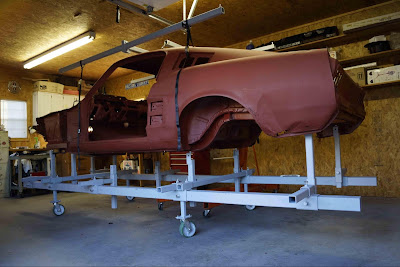 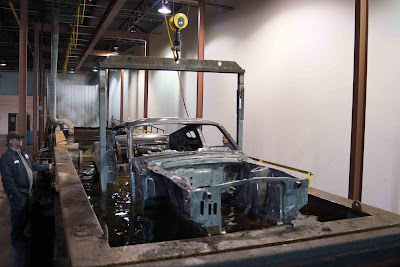 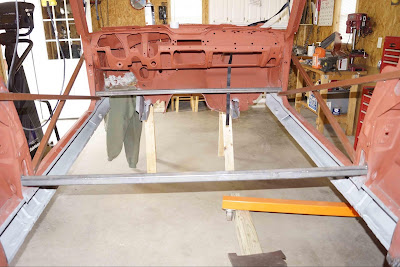 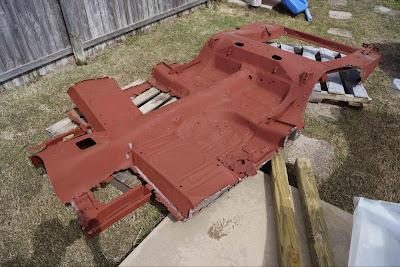 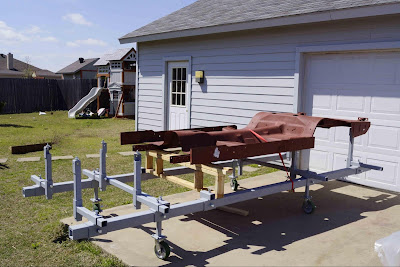 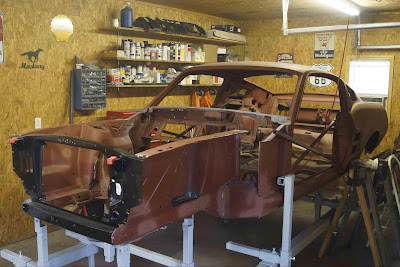 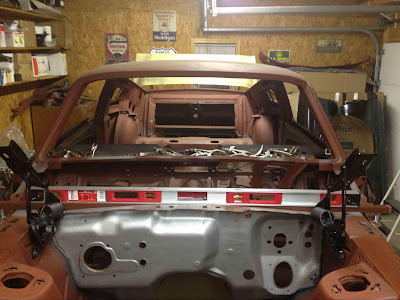 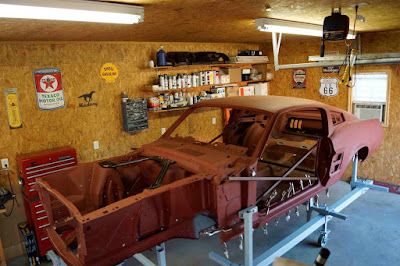 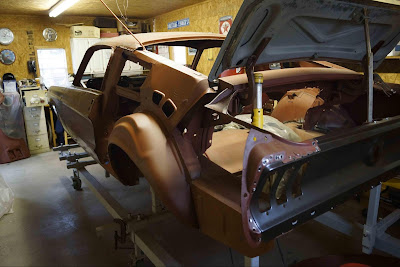 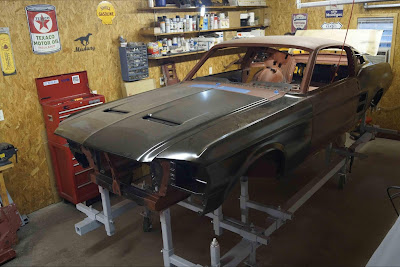 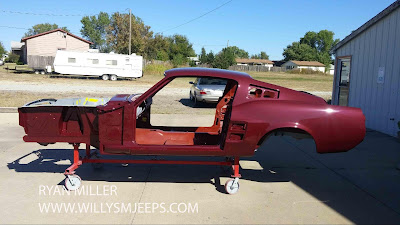 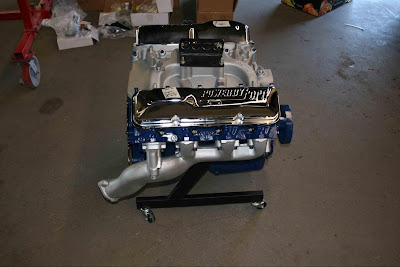 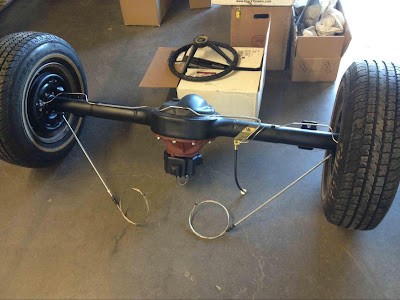 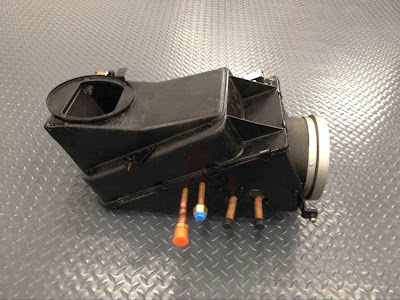 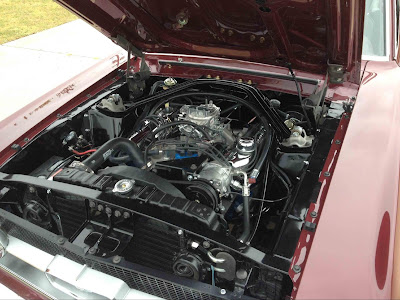 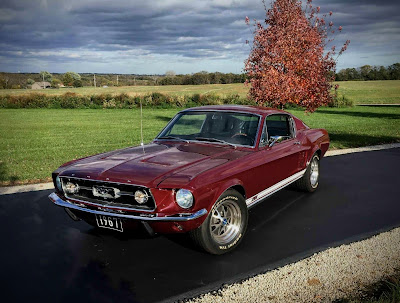 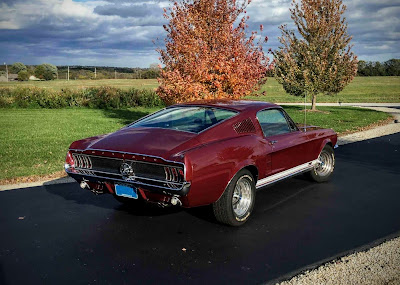 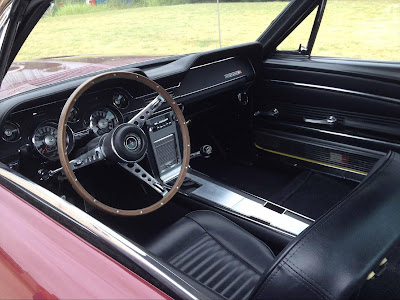