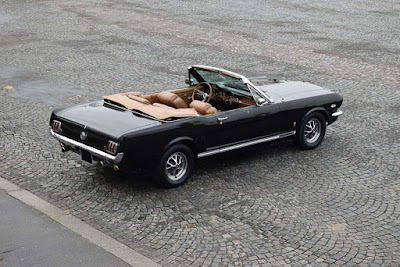 Any 1966 Factory GT High Performance (K Code) Mustang Convertible is quite unique, but this particular car is absolutely one of a kind! This car was specially designed for Henry Ford II and features quite a few unusual features. Please check out the pictures. This car is really cool!

Please check out the web site here:  http://www.cmc-mag.fr and here is a link to the original article.

We have used Google Translate to translate the article from French to English and below is the original article:

Friday, February 9, 2018, the hammer of Master Poulain falls on a bid of one hundred and fifty-five thousand Euros (excluding expenses) for lot # 124. Auction closing and adjudication of a convertible Ford Mustang 1966 GT 289 Hi-performance black color. A value that may seem high for a convertible Mustang? Do not be fooled because the beauty has more than one charm in its bag and wants to be totally unique and exceptional ...

The Artcurial sale of the last Retromobile show had just highlighted a chapter in Ford history with the sale of this Mustang GT Hi-Po '66 called "  Henri Ford II  ". We all know that great captains of industry have many benefits related to their duties. This is all the more normal. When the industry in question happens to be one of the two largest automobile manufacturers in the world, these benefits are directly related to what interests us most: the car! This is precisely the case of Henry Ford II, great boss of Ford Motor Corporation in this wonderful year 1966.
Back in 1966, in the heart of the Ford Total Performance program ...

The giant Ford is competing on the roads and circuits around the world. Except at Le Mans. The twenty-four hours of Le Mans are still missing at Ford's hunting board. The 1964 and 1965 campaigns were a real Berezina for the GT40 program. In this new year 1966, the giant of Dearborn prepares a new quasi-military offensive, by aligning eight MK II and six GT40 at the start of the famous test Mancelle. The basic idea is to simply crush the competition. Henri Ford II was obviously present and as a guest of the ACO he was instructed to give the start to release the pack of this frantic round of 24 Hours. The story is known and Ford, finally, was able to crush Ferrari and change the rules of world endurance by obtaining a masterful victory, in the form of an extraordinary and triumphant historical victorious! To convey the big boss during this campaign Mancelle and his European escapade, it was therefore a car in perfect agreement with the ambitions of the giant Ford. What's more suitable than a Ford Mustang convertible? The model is a hit, as it trustees the first places in the tourism category in the circuit championships and major road tests, but it is also in excellent company with theJet-Set in Monaco or St-Tropez, without forgetting that it is at the origin of an unprecedented success and a real automobile phenomenon that we still talk about today!

But for Henry Ford II, the basic Mustang would not be suitable for its status as director of the largest car manufacturer in the world. Faced with a competition as elitist as Ferrari on the circuits of the whole world, it is necessary to innovate.It takes a young car, sporty, rather large tourism and out of the ordinary. This is how a Mustang GT Hi-Perf convertible (the famous K code), destined to undergo the most selective preparation, will be taken from the assembly lines. The car will be refitted by the Dearborn style office in a definition a little more Automotive Haute Couture. On the performance side, the chosen model, already perfectly tooled and operational, simply receives a shorter bridge ratio for more vigorous acceleration. The outward appearance does not change because it has to be the Mustang, true success-story of the moment, remains perfectly identifiable. It is the interior and upholstery that will receive the attention of the designers. The goal is to redefine the Mustang into a beautiful luxury Grand Tour cabriolet finished and equipped, history to show a little Italian, queens of the then on the prestigious segment of automobiles Grand Tour. That's how the door panels, seats and rear seats disappear, replaced by new elements much closer to those that will equip the future Mercury Cougar. All of this new upholstery receives a sumptuous upholstery leather tan color. A specific console including clock, ashtray and storage compartment takes place between the two front seats. The instrument cluster and the glove box door, specific to the GT option, as well as the top of the dashboard are also covered with leather. A nacelle equipped with a tachometer and a water temperature gauge, comes to take place above the speedometer, facing the driver. The original radio is replaced by a radio handset - eight-track cartridge reader. And to finish and affirm the standing and the exclusive character of this car, many accessories are embellished with a logo " HF II " designating the big boss. One can see in particular the center of the GT steering wheel, the buckles of the front and rear seat belts, as well as the ignition keys and trunk!

This exclusive car will ultimately serve little Henry Ford II during his stay in Europe. Thus she will join the Ford France car park after the return of the Patron to the USA. The car will remain for a while in the car parks of the head office of Ford France, waiting for its time. It is Mr. Chatet, then a subcontractor for Ford, who will make the forcing to buy this very special Mustang convertible. We are then in 1967, the car displays fifteen thousand kilometers, and Mr Chatet will use it almost every day for more than ten years. The Mustang will take another forced retirement because of a broken drive shaft, during a memorable race on a highway. It will be stored for twenty years, before returning to the road with a quieter use,

Back on the road and original patina ...

It is Marc, the son of Mr Chatet, who decides to revive the car. He who knows this car since his youngest adolescence and who made his debut at the wheel, the license just fresh in his pocket. This is to say the emotion surrounding the restart. The Mustang is completely revised by Fréderic Naneix, who lavishes his good care on all Pony in his workshop Fred Mustang Garage. Fréderic, throughout these years, will maintain, renovate and care for this noble Mustang without ever altering the original patina! Marc will enjoy this unique and historic Mustang, kept in an excellent original condition and more in the family since its beginnings! She was often exhibited at various shows by the Mustang Club de France. But, as for all classic cars that must continue their existence with careful and passionate owners, it is time for Marc to offer this car a new life. This was done this Friday, February 9, 2018, or the famous and unique convertible Mustang GT 1966HF II flies to a new destiny. We know that the new owner is French and we should review this piece of history emblematic of Ford in general and the Mustang in particular. But let's never forget that we humans passionate drivers are just a passage in the life of an automobile, as popular or prestigious as it is ... 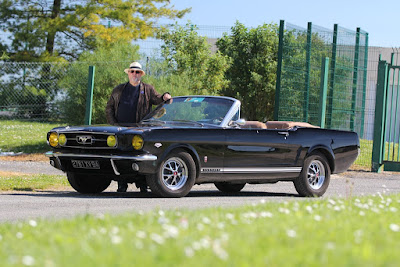 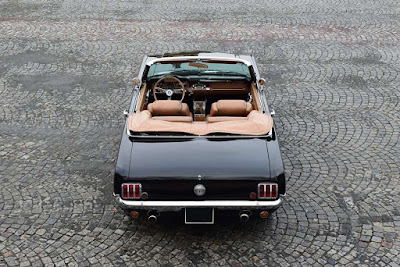 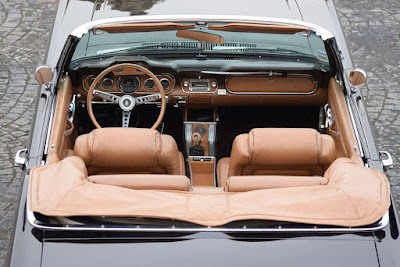 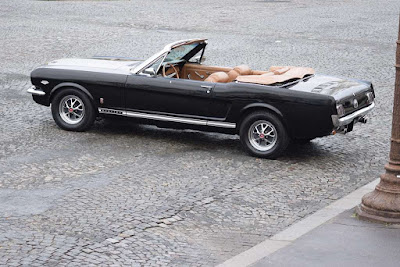 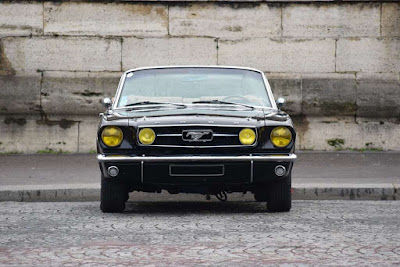 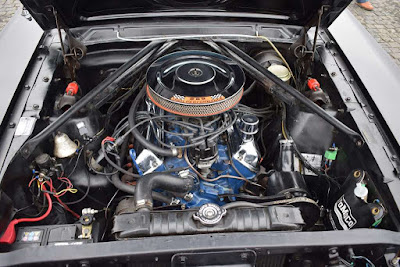 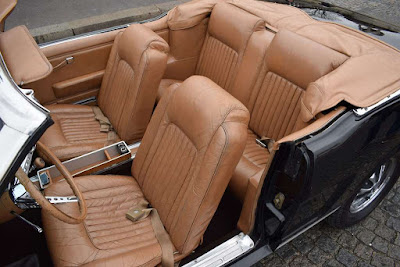 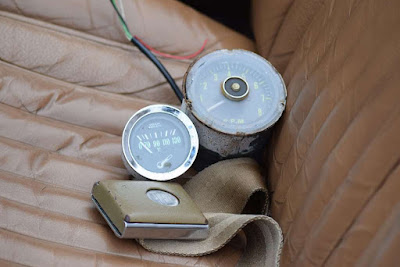 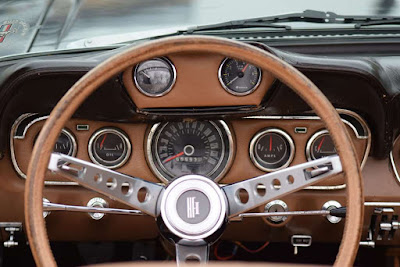 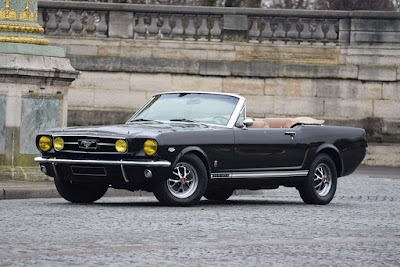 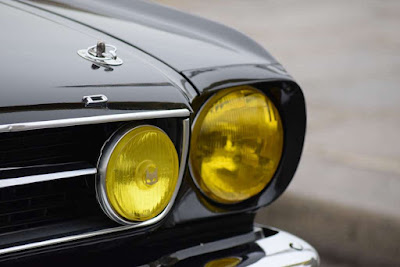 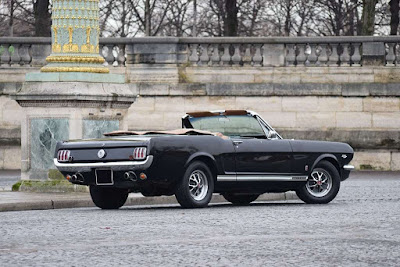 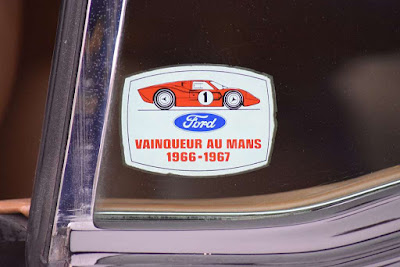 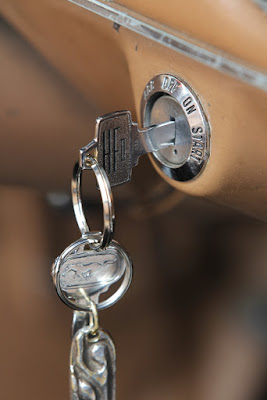 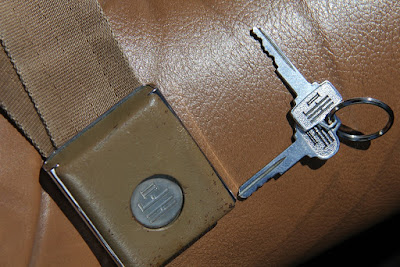 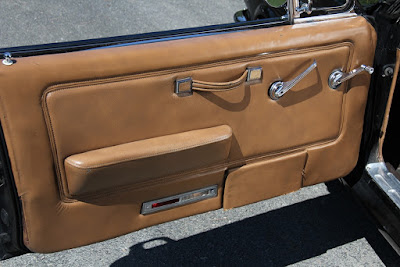 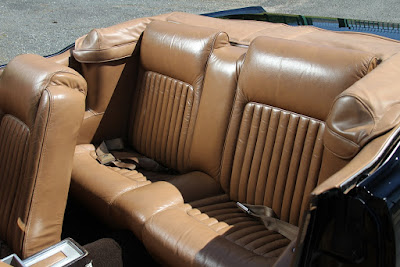 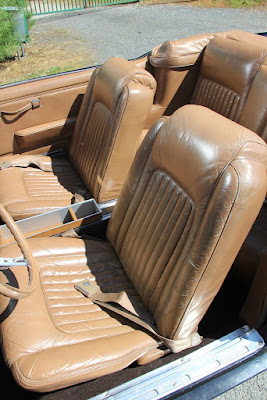 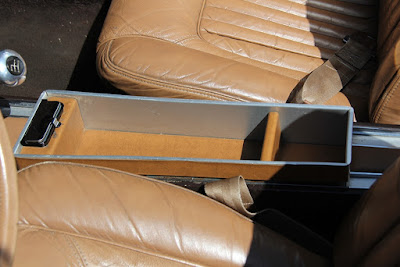 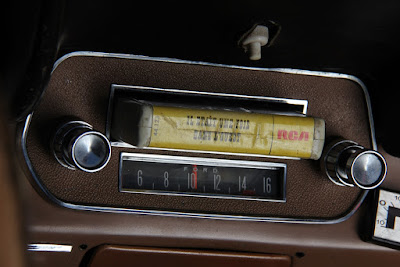 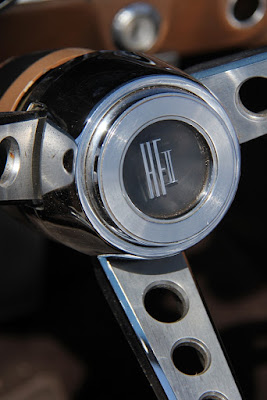 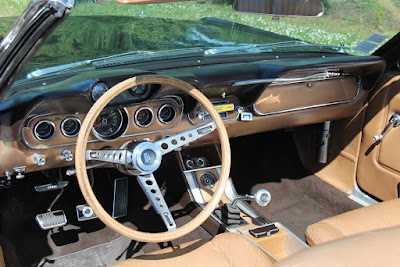 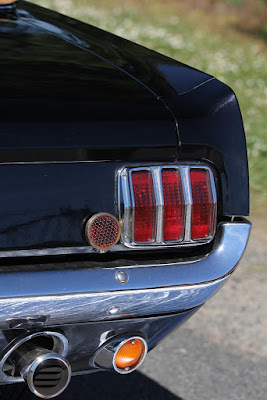