Here are some cool pictures of a customer car. It's a 1964 1/2 Mustang Convertible with a scheduled build date of May 1, 1964. It is an extremely original, rust-free, California car. What makes it really usual is the color combination. It is Poppy Red with red interior! If you did not see the pictures or did not know what color Poppy Red is (it's orange!), the combination would not sound so weird.
We have another long time customer with another early Poppy Red Convertible. He is the original owner and ordered the car in early 1964 before actually seeing the colors. He originally ordered Poppy Red with red interior. A representative from Ford called the dealer after receiving the order and suggested that he go with a different interior color. The customer decided on white interior with black appointments. He still has this Mustang. It still sports the original paint. We will have to get some pictures of that one too. It was featured on our 1991 Catalog. 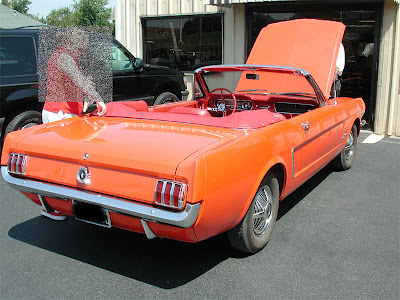 Yeah, that is Poppy Red with red interior! 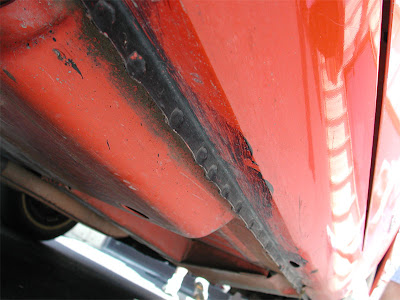 Original "black out" on the pinch weld. This one looks as if it may have been originally brushed on. 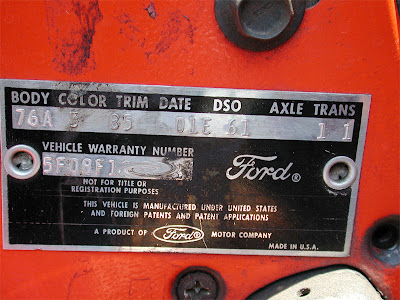 Codes on the original data plate showing the original color combination. VIN has been distorted in the image to protect the privacy of the owner. 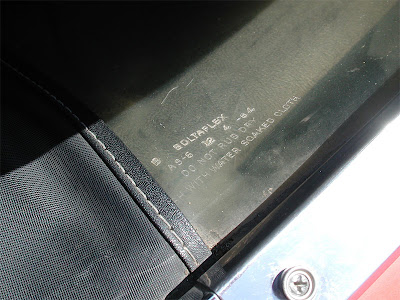 Wow! An original Convertible Top with the original dated rear plastic window. You don't see that very often. This one is dated 4 - 64. Pretty cool!